So I’m really trying hard to get into the whole review thing, I know I have to be honest but then again I would hate to write something horrible about a brand. So here’s my take on a review of the infamous brand in SL – CUPCAKES!

I came across the brand Cupcakes around 2008 or so. At that time they were known for having some pretty amazing hunts for skins, clothing, and shoes. The hunt items were 1L each but definitely worth it. This was during the era when hunts were a pretty novel marketing technique. As the years progressed, Cupcakes became known as the “Template Store”, what I mean is that they sold their skin files on marketplace so that others can learn from but as this practice continued I’m guessing it was counterproductive for their in-world presence. Now they are back trying to re-invent their image. I got a sneak peak of their sim when it was still in the concept stages. Their sim manager- Andel Rhiadra did an amazing job. I encourage you to visit the sim, from what I understand Andel will change up the sim for each season.

So why am I going on this long tangent, I thought you needed a little background of the company. I have always had a weak spot for Cupcakes skins. They always had the most amazing pale skins I could find that weren’t gothic but nice and girly girl. I was surprised to be given a chance to review their items. A blogger package from Cupcakes consists of several samples of skins and clothing. I decided to wear the skin color Fawn because I am trying to wear what in my mind I call Latina-ish skin tones. I wore the bare skin as well as the anole skin.

What I loved about the skins is that stomachs were not the hardcore six-pack abs that some skins used to make back in the day. The skin tone was beautiful. Nice and creamy texture and the makeup version wasn’t too overwhelming. I am wearing a makeup layer, blush #5 or something like that to give the skin a nice flushed look.

To my surprise I also got lingerie and laughed when I saw the name of the lingerie. See I like to pretend I’m like super famous and people name stuff after me 😛 the new Lola Lingerie comes in different bottom and top options. I opted for a bra and boy-shorts version. Yes for some reason I am trying to be modest. There were also 4 styles of dresses in the blogger pack. I wore 3 of them in my post. I’m not much for floral items, I actually avoid them in RL too. But the dress had a cute cut so I wanted to show you guys the dress.

The other 2 dresses are more like something I would wear in RL well with the exception of the skirt portion being pink. I’ll wear pink in SL but that color is not allowed in my closet LOL. Actually the dress I went crazy for is the Polka Dot Dress, I absolutely love clothing items that have polkadots on them.

Overall thoughts on this particular blogger pack – I love it. I can see that their size medium varies a little from the standard sizing but that is why demos are available at their store. I urge you to come check out Cupcakes they have amazing products at amazing prices. 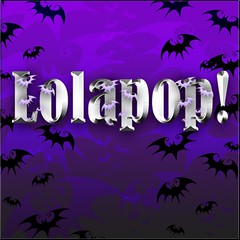