The little mistress prepares for the evening, she carefully dresses herself in traditional clothing of the village. Her skin was as beautiful as porcelain and her taste in makeup was a bit unique. As she delicately placed her fascinator on her head and moved the veil to only cover a small portion of her face she was ready for the evening.

This particular outfit was carefully created by moonbubble gothly for the store [bubble] and the mistress was quite pleased with her dark gothic Viktoria outfit.

She spent countless hours speaking to the lovely creator and convinced her that a set that included boots would fly off the shelves. But little did moonbubble know….the little mistress actually meant they would actually fly 😉 See, the little mistress had a unique gift which made a lot of the kinsfolk afraid of her. She spoke the truth and often had visions of the future. She also had other talents that were part of her unique family line. She had caught the eye of the nobleman in her village but only one fascinated her. He was the only one she could not see his future and this fact consumed her thoughts. The way she did her eye makeup was with a skillful artistic hand thanks to Aikea Rieko of [Plastik].

She had the ability to change her hairstyle with a simple brushing of her hair. It was one of her unique talents and the kinsfolk all thought it was odd how she walked the streets with multicolored hair. Although in secret, they all wanted to have their hair just like her. This evening she presented her outfit to her spouse and to her dismay he was not pleased with her all black outfit. He exclaimed “Why do you always insist on wearing black? Why don’t you wear that lovely dress I got you from the same store?” So the little mistress went back into the bedroom and put on the Porphyria outfit, which looks exactly like the one she just had one but in sepia.

Since she changed her outfit, of course she had to change her hairstyle and makeup.

The mistress and her nobleman went off to beautiful opera performance followed by a lovely romantic dinner. Little did the nobleman know, that when he got home he would not live long. You see the little mistress had a deep dark secret and shocking it was that night she would evolve into the next corporeal version of herself. The little mistress was not a witch, but instead she was a sorceress. One of the strongest sorceress’ of that era and in order for her to garner the power she needed to perform a ceremonial act. She was quite naive and was unaware that her elders had lied to her about what would happen to her beloved nobleman. As she performed the ceremony she could feel his pain and his death as she was acquiring her powers. Once the ceremony was complete she also gained the ability to read others minds and quickly found out the elders had lied to her and she punished them fervently. She stood next to her beloved nobleman and did the unthinkable, she resurrected him. Alas, he wasn’t the same man as he was when he was living. She was ok with this new version of her nobleman because now she was the dominant figure and he always had to do her bidding. The End!

P.S. Did you know that there is a grid-wide hunt for Horror Fest….get the deets HERE, oh and as you walk towards the main building for Horror Fest there are gacha machines outside.

So once again Phire dragged my bum to go shopping at the Genre event. She is kinda bossy but I like that about her. I already knew what I wanted to get before we got there, the “Cotton Candy” dress by Draconic Kiss. While I was there I bumped in to my beautiful friend Airedine, of Adore & Abhor, and squeed at the purple Lolita dress she had out and I bought it also. Since Phire decided to wear Airedine’s dress for the post I chose Draconic’s. What I love about Draconic’s dress is the unique mesh work and the beautiful illustrations on the skirt. Lovely little cotton candy drawings. The dress was extremely affordable and you can wear several color options, that are changeable via a hud. 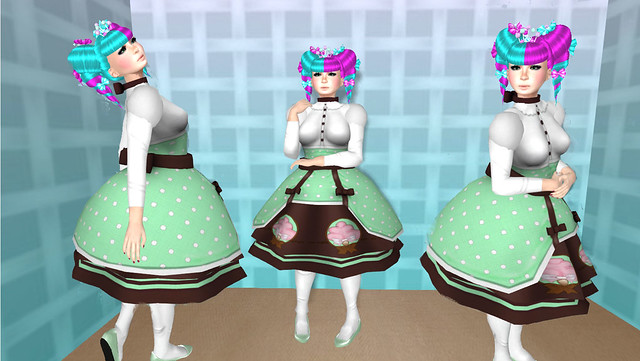 I opted to wear the mint version. The socks are available separately but they come with underwear that can be worn under the skirt as a pants layer. For the Lolita who would like to protect their image. I am wearing flats by lassitude & ennui, I went super crazy on her gacha and I got all zeee colors. These are my go-to flats to wear with Lolita Dresses. I am also wearing a couple items available at Genre. The hair is by Helena Stringer, I loved the little candy pieces in the hair and the bi-color option, there are several hair options to choose from but the teal and pink was my favorite. I am also wearing Doll Eyes by Voshie Paine, they are absolutely stunning. I fell in love with the blue eyes as soon as I saw them. 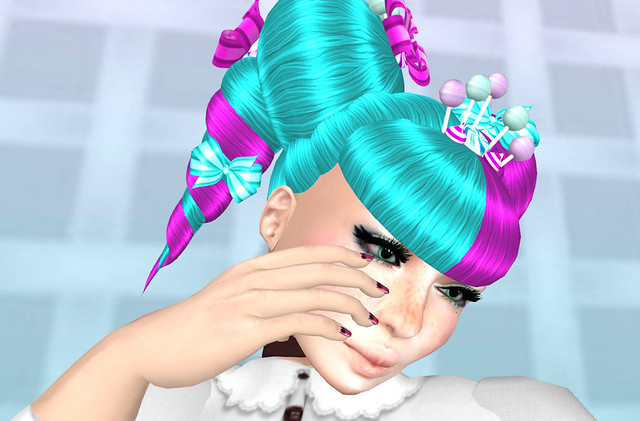 I know Phire likes to say I’m lazy, and well yeah that’s the truth. I take pictures and just let it sit in my flickr until I feel like blogging it. Which is not necessarily a great thing if you are a blogger. So I’m trying to be more proactive. Here we are getting all jiggy with ourselves. She tried to grab my bum bum but I told her that was only reserved for Humpday for the surprise buttsecks. 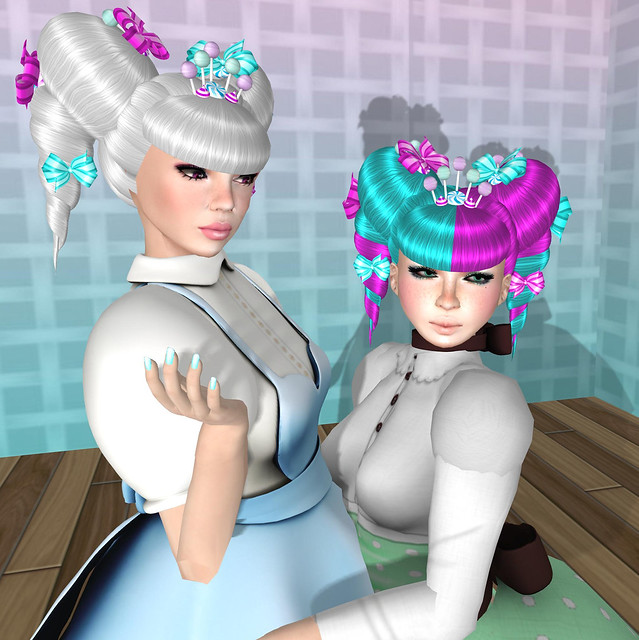 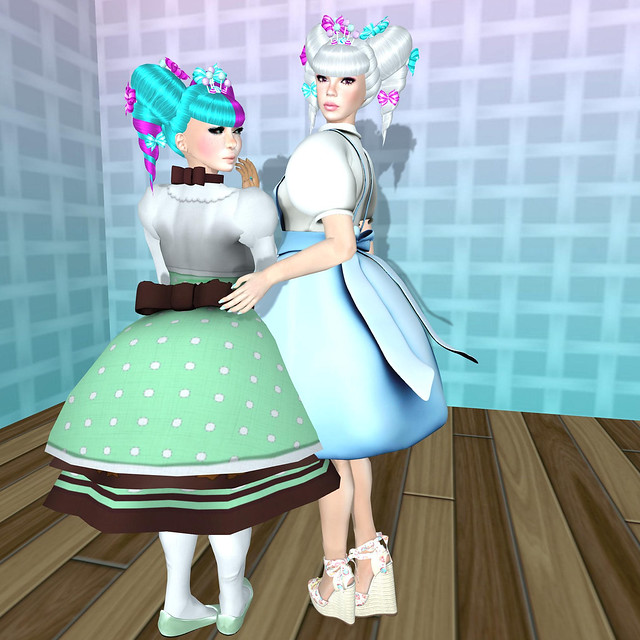 So apparently when we were in this pose something screwy happened with my avatar and my head turned all the way around like in Exorcist LOL and well if there was photographic proof I would show you. So I recommend you check out the Genre Event, the theme changes monthly so you never know what items you can snag. This month’s theme is “Lolita” and there are a ton of great items. We just highlighted a few so go and check it out HERE.

For Phire’s stuff go check out her post over here 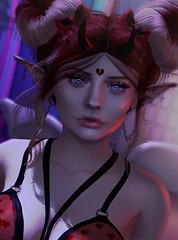